A: First time in Jamaica?

B: No, I’ve been here once before.

A: Oh, welcome back! (fist bump) You want some good quality weed? Look for me.

A: Wah Gwaan? Want some Ganja?

*Ganja: another name for weed

A: Where you from?

B: England and Peru.

A: Yeah mon (fist bump). My wife is from Wembley. Here, a little gift for you (handing us a joint).

A: Just give me a donation.

*Yeah mon: a phrase commonly used in Jamaica to show confirmation of understanding a statement or approval of an action

Our first interactions with Jamaicans were all conversations in which there was weed being offered. Ironically, marijuana isn’t legal here. Surprised? Maybe the first thing that comes to your mind when you think of Jamaica is Bob Marley and weed; nevertheless, it isn’t legal in this country.

Then, why does everyone seem to be dealing? We’ve been offered weed at the beach, at restaurants, at hostels, by taxi drivers, street vendors, food sellers, teens, adults, and even elders! There isn’t a place where “ganja” isn’t sold. Born and raised in Negril, a local taxi driver – “Big Ross”, as he calls himself – was telling us that business isn’t as easy as it used to be now that there are many locals offering rides, tours, and weed. He continued,

People multitask to get an extra income because a regular job isn’t enough to make ends meet.

If you are a smoker, welcome to paradise! This must be the most accessible country to buy weed. There’s no need to sneak into a dark alley, you can get it at daylight in plain view of passersby. I mean, you can get it as easily in places like Holland and some states in the USA where it is legal; the funny thing here is that, although in 2015 Drug law amendments partially decriminalized small amounts of pot, the drug is still illegal.

For new readers, this blog intends to show cultural differences between English and Spanish speaking countries. In this case, I can compare the weed situation in Jamaica to that of my country of origin, Perú, since carrying a small amount of ganja (possession of two ounces or less), smoking it, or possessing pipes or other smoking utensils is legal, but selling it or possessing big amounts of it isn’t.

If you are more interested about Marijuana Reform, watch Mr. Mark Golding at the Drug Policy Reform Conference in 2015 here.

Unless you are staying at a five-star hotel, you need to know that people will approach you and offer you a number of products or services, weed, other drugs, braids, massage, taxi rides, tours, etc. My boyfriend and I were approached by at least 10 people on our first two days in the coastal town of Negril, located on the west side of the country. If that is something you would be bothered by, it’s best you stay in an all-inclusive hotel and avoid walking around public beaches. That’s going to happen, and you can’t avoid it.

A few tips on how to buy in Jamaica

Always have local currency with you. US dollars are accepted everywhere, but you should know that the exchange rate is the worst in commercial establishments, and if you’re buying from street vendors, you are very likely to get ripped off. We got some street food – jerk chicken – on our first day. The guy said it cost $6.00 US dollars; however, when we gave him $10.00 US dollars, he tried to give us $2.00 US dollars change. Needless to say, we never went back there again.

I can’t generalize and say everybody is the same. On our third night, we bumped into “Mr. Spice”, who is famous for selling the best jerk food on the street at $5.00 dollars the portion. We had $10.00 dollars, but he didn’t have change, so he let us give him the loose change we had: only $4.00 dollars. We even got double bread! If you come to Jamaica, look for him. He follows the crowds and shows up at concerts or other events in Negril. He’s never at the same spot, though, so good luck finding him!

If you appreciate good, local cuisine, you can’t miss Best in the West. There we had the best red snapper and, of course, their signature jerk is amazing, too. Go there for jerk chicken – unless you are lucky enough to find Mr. Spice – or Scovitch fish (it’s funny how this word sounds so similar to escabeche, a typical Peruvian dish which tastes very similar). I can say their fried chicken is even better than Willie Mae’s in New Orleans, which goes down to second place in my ranking now. 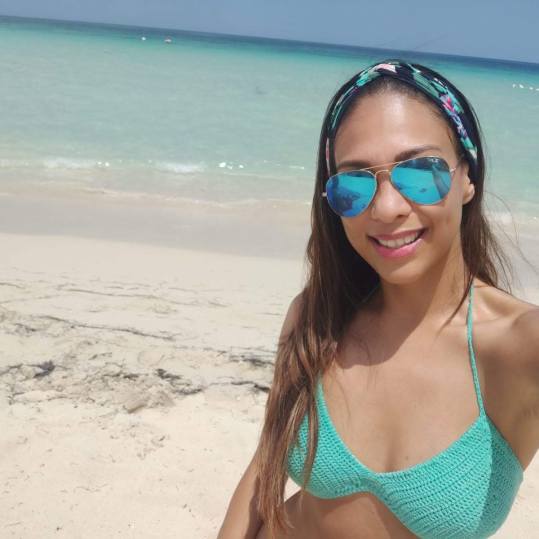 My next tip is to bargain. I am Peruvian, so this comes naturally to me. If you come from a country where bargaining isn’t customary, start getting some training. Jamaicans will give you a price based on whether you look like a tourist or not. For example, to get one side of my head braided, I was asked for $10.00 dollars. Two women gave me the same price; it seemed to be standard. However, I was very honest and told the second woman that in my country I could get it done for $5.00 dollars. After thinking about it for a while, she agreed. This proves they are ready to lower their prices. So, you just need to bargain!